Juventus Handed 3-0 Win Against Napoli For Not Showing Up 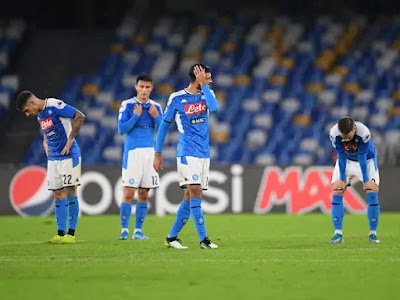 Juventus have been handed a 3-0 win over Napoli who failed to show up for their match against the old lady. Napoli were also punished as a point was deducted from their tally.

The Serie A disciplinary commission ruled that there was no major reason preventing Napoli from traveling despite two positive coronavirus tests.

Napoli players remained in isolation on the instructions of health authorities after two of their players tested positive, and they refused to travel to Turin on October 4.

Serie A ruled “the complaint lodged by Napoli regarding the legality of the match is to be considered unacceptable.


As a result of the decision, Juventus have moved up to fourth in Serie A, with Napoli now sitting at number eight with five points