17-year Old Indian Girl Who Ran Away From Home Because Of Her Father's Abuse, Is Kidnapped And R.a.p.e.d For 22 Days On A Farm Land 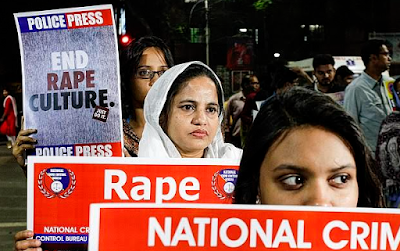 A 17-year-old girl was kidnapped and repeatedly gang-r.a.ped over a 22-day period on a farm in India.

The girl, who had run away from home after an argument with her parents last month, was waiting for a bus in the eastern city of Cuttack to return to her family when a man offered her a lift home on his motorbike.

Instead of taking her home Santosh Behera drove her to a poultry farm in a remote village, where he locked her in a room and the abuse began.

The girl was shut away for 22 days and r.a.ped repeatedly by two men.


The suspect allegedly filmed himself and his friend assaulting the teenager and threatened to post the video on social media or kill her if she tried to escape.

She was eventually rescued by police who were tipped off by locals who suspected illegal activity at the property.

A police official said that one of the men was arrested but the second remains at large, adding that a manhunt has been launched to catch him.

The 17-year-old, who is said to be in a poor physical state and psychologically scarred, was sent to an orphanage after meeting with social services.

The girl had initially run away from home to live with her sister in Cuttack, unable to bear her father's abuse, Hindustan Times reports. It was her brother-in-law who decided to send her home.