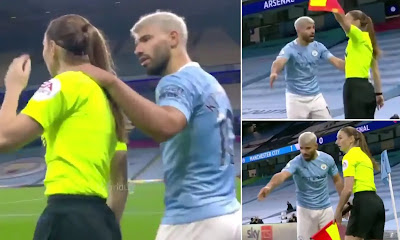 Manchester City striker Sergio Aguero grabs a female assistant referee around the back of the neck during a dispute over a throw-in.

The Argentinian forward is seen putting his left on on Sian Massey-Ellis during last night's 1-0 win over Arsenal.

Today it has been revealed that the striker will not be punished for the incident, which has prompted anger from those in football, as well as sports writers and an MP.


He said: ‘Come on guys, Sergio is the nicest person I have met in my life. Look for problems in other situations, not in this one.’ 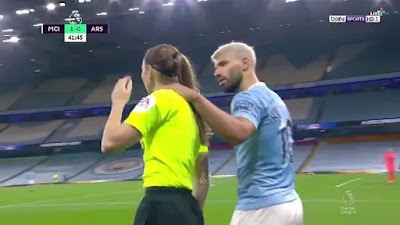 Though Guardiola leapt to the defence of his player, Ian Wright, speaking on Match of the Day was less impressed, and branded Aguero's actions 'unnecessary' and 'patronising'.

Aguero was certainly taking a chance. Chris Foy, the former Premier League referee, said: ‘The key words are “aggressive” and “confrontational.” The laws state, “it’s not unusual for players to come into contact with officials.

'As long as this is done courteously and not in an aggressive or confrontational manner there is no requirement for a referee to take action”.’

Others on Twitter also reacted, included Good Morning Britain presenter and Arsenal fan Piers Morgan, who said: 'Erm, what is Aguero doing here? And why wasn’t he sent off for it?'

Sports and entertainment writer Kevin Palmer also tweeted about the incident, saying: 'We have not heard the last of this. Sergio Aguero out of order here.'

Others to tweet about it included Labour MP for Tooting, Dr Rosena Allin-Khan, who described his actions as 'completely unacceptable', while British singer Anne Marie added: 'Sorry but not sorry why is Sergio Aguero touching the lines woman like that! Ergh disgusting.'

The incident was also a talking point after the game on Sky Sports.

See some reactions below: 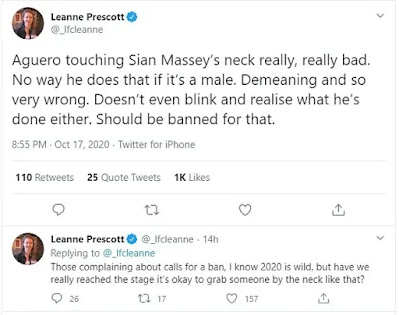 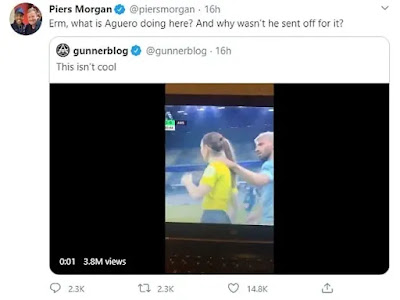 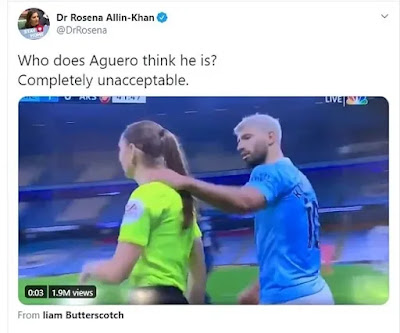 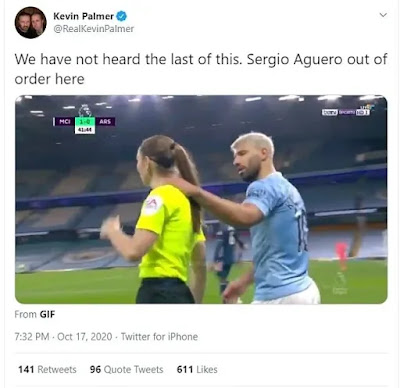