Tompolo Steps Out After 6 Years As Nigerians Demand ENDSARS 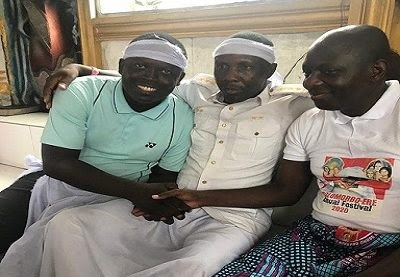 Former dreaded militant leader, Government Oweizide Ekpemupolo, aka Tompolo, has made his first public appearance after hiding from security agencies for six years.

Tompolo, who led the disbanded Movement for Emancipation of Niger Delta (MEND), went underground immediately after President Muhammadu Buhari was sworn-in in 2015 as the Federal Government deployed troops to fish him out.

The government also declared him wanted through the Economic and Financial Crimes Commission (EFCC) for ignoring two bench warrants issued against him by the Federal High Court sitting in Lagos following an alleged N45.5bn fraud case.

But the court on July 15, 2019, dismissed all the charges against Global West Vessel Specialist Limited, a company linked to the former Niger Delta militant leader. 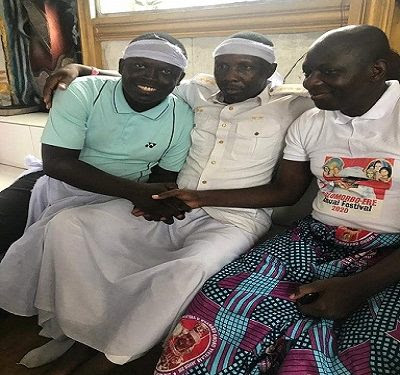 Despite the judgment, Tompolo failed to appear in public until October 19, 2020, when sources said he made a sudden appearance at the Egbesu Shrine in his Oporoza country home in Gbaramatu, Delta State.

A picture of his appearance showed the former warlord and his friends dancing, worshipping, and offering Thanksgiving to Egbesu, Ijaw god.

An Egbesu disciple, Bodmas Kemepadei, who confirmed the development, said the appearance of Tompolo, who is the Egbesu Priest, would help to facilitate resolutions of knotty issues in the Niger Delta region.

He said: “As Tompolo disciples and proponents of the Ijaw cause, this celebration to our National God Egbesu, is not just about the vindication and freedom of Tompolo, it is about the military invasion and burning of our communities without any provocation.

“It is about the IOCs that have refused to relocate to the region even after a presidential directive, it is about our people having a fair share of our natural resources, it is about freedom from these Federal Government promoted ailments that our people suffer from.

“We celebrate Tompolo with confidence that these issues will be addressed, we celebrate with our spirits high knowing that the time for resource control is now, let this be a message to all our brothers in struggle, the days of arms are over, we have to engage the FG with intellectualism, we call on all to be part of the resource control agitations, the time is now”.