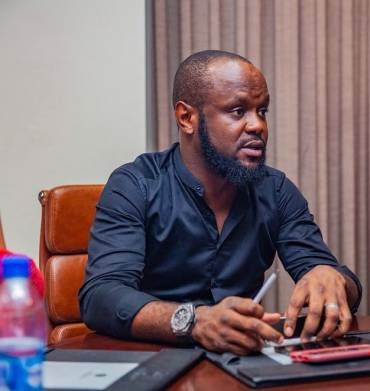 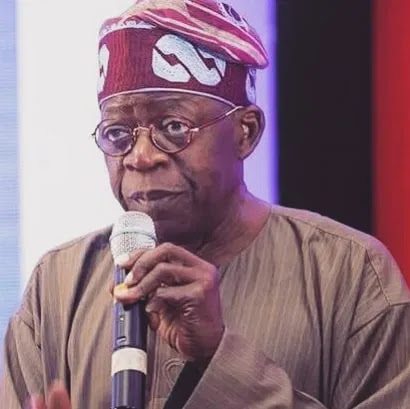 Seyi, son of former Lagos State governor, Asiwaju Bola Tinubu, on Thursday morning at about 1:53am flew out to London, in a private jet with members of his family and a few others, SaharaReporters report.

According to the report, the emergency trip follows the growing resentment in Lagos against his father, who has seen some of his known investments in Lagos and Abuja targeted and burnt by angry Nigerians over his perceived involvement in the deployment of soldiers, who killed peaceful protesters in the Lekki Toll Gate area of Lagos on Tuesday night.

Recall that over 10 peaceful protesters were killed by soldiers in Tuesday’s massacre while demanding an end to police brutality and state repression.


An overwhelming majority of Lagos residents have accused the All Progressives Congress’ National Leader of being behind the incident, a claim he has denied. 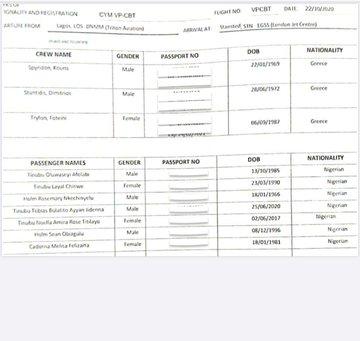 On the manifest of the flight expected to land at London Stansted Airport obtained by SaharaReporters, the passengers on board include Tinubu Oluwaseyi Afolabi, his wife Tinubu Layal Chinwe, their son born in London during the COVID-19 lockdown period Tinubu Bolatito Ayyan Jidenna, Tinubu Noella Amira Rose Titilayo, members of his wife’s family and their baby sitter made up of Holm Rosemary Nkechinyelu, Holm Sean Obiagulu and Cardona Melisa Felizarta.