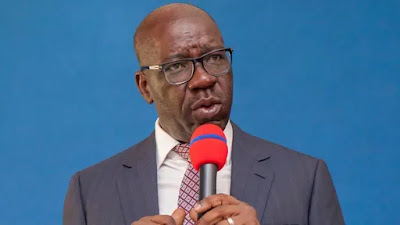 Edo State Governor, Godwin Obaseki on Friday extended the ultimatum issued to inmates on the run.

Last Monday, amid the violence that erupted after End SARS protest went awry, two correctional facilities in Edo were attacked.

The next day, the federal government confirmed that rampaging youths breached the Custodial Centres in Benin and Oko.

The Ministry of Interior, in a statement, said at the last count, 1,993 inmates in legal custody had escaped.


The figure has reportedly exceeded 2,000.

The government added that the assailants looted weapons after pouncing on officers on guard duty.

After an initial warning return, Obaseki postponed the deadline to Friday, October 30.

“The new window is to allow more prisoners to return to the centres willingly,” his spokesman, Crusoe Osagie noted.

In reaction, Nigerians are wondering how the Governor expects the escapees to turn in themselves after regaining freedom.

They noted that it would be a miracle if a good number of the (ex)inmates go back on their own volition.

Many say for a country deficient in record-keeping and data management, tracking 2,000 people successfully may be a pipe dream. 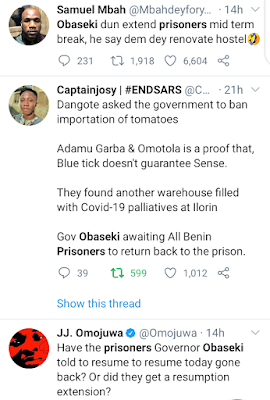 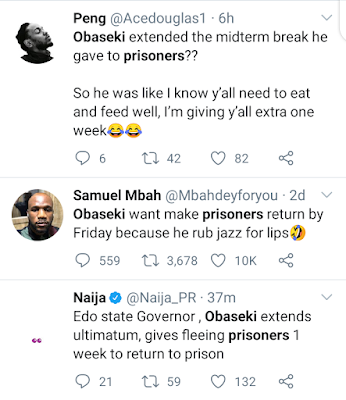 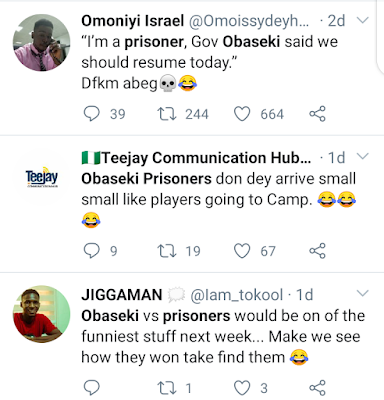