Man Beat Pregnant Girlfriend So Bad, She Managed To Give Birth, But She And Baby Die 10 Mins Apart 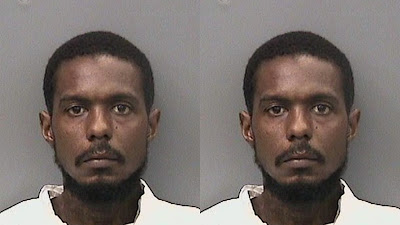 A Florida man has been charged with the murders of his girlfriend and her newborn baby, court documents show.

Jay Leonard Rodriguez, 49, was detained on Saturday and charged with two counts of second-degree murder in the deaths of the woman and the baby. The name of the woman has not been released in court documents.

On Monday, prosecutors in the case filed a motion to have Rodriguez held in jail without bail until the trial.

Included in the motion and the arrest report was a witness account from Jessica Gonzalez, a woman who tried to help the pregnant woman and was also threatened by Rodriguez.


Gonzalez told investigators that around 3.25pm, she heard the woman scream from a bedroom inside the home at 2217 E Emma St. Gonzalez said that the couple had been staying at the home at the time, the motion adds.

Gonzalez said she entered the room and saw the man punching the woman in the fist as she 'was cowering down to her knees,' according to the motion. The pregnant woman screamed, 'Help me.'

The witness added that she then saw Rodriguez throw the woman to the tile floor, kicking her several times in the face and stomach and stomping on her face and stomach, the motion reads.

The woman lost consciousness as Rodriguez continued beating her, the motion states.

Gonzalez called 911 and as Rodriguez left the scene, she rushed to the woman to perform CPR with help from the dispatcher.

Tampa police came to the scene and found the woman unresponsive and 'severely bruised and swollen around her head.'

The woman was taken to St. Joseph's Hospital and doctors delivered her baby girl at around 4.15am.

Roughly 10 minutes later, the woman was pronounced dead and her daughter died just 10 minutes after that, records say.

According to the Hillsborough Medical Examiner's Office, the woman had suffered multiple blunt impacts to her head and torso. She also had evidence of 'shoe tread impression' on her body.

Rodriguez was arrested at his mother's home on the 6900 block of N Tampania Avenue. The man told police that he and the woman got into a physical altercation but claimed that he only grabbed her by her hair and face because she slapped him, records add.

It is unknown if Rodriguez is the father of the child, with a spokesman for Tampa police citing Marsy's Law when declining to answer. The amendment protect crime victims and keeps information from the public.

At the time of his arrest, prosecutors with the Hillsborough State Attorney'