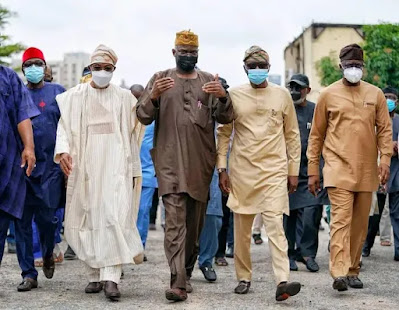 Nigerians on social media have dragged the Minister of Works and Housing, Babatunde Fashola, after discovering a camera at the scene of the shooting in the Lekki.

Fashola who is also a former governor of Lagos State reportedly found the device while on tour of the place where #EndSARS protesters demonstrated for 13 days before they were forcefully dispersed.

Ministers and governors from the south-west, made an on-the-spot assessment of some of the places vandalised during the violence that trailed the #EndSARS protest on Sunday.

It was during the visit that Fashola found the camera which he said must have been planted by “some subversive elements”.


The Minister reportedly picked up the device with a handkerchief and handed it over to Babajide Sanwo-Olu, Governor of Lagos.

However, many Nigerians are of the opinion that the camera must have been planted there to change the narrative of what actually happened at the scene.

Some social media users gave the former governor a new title of ‘Inspector’, Sheer and detective among others.

Check out some social media reactions below: 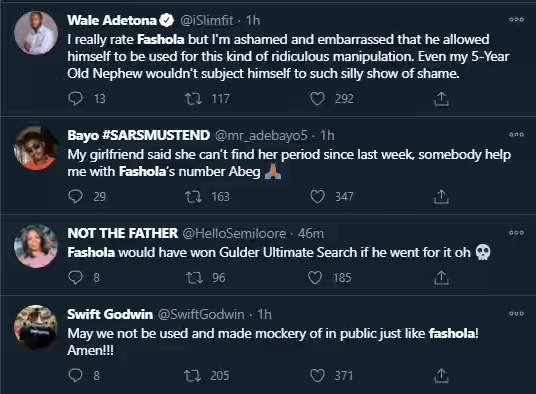 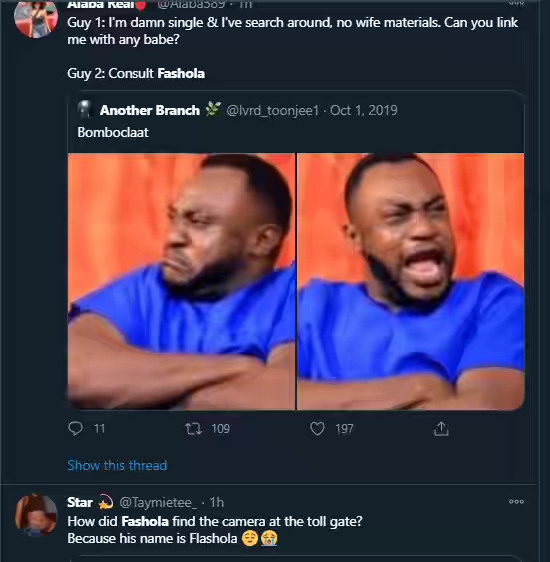 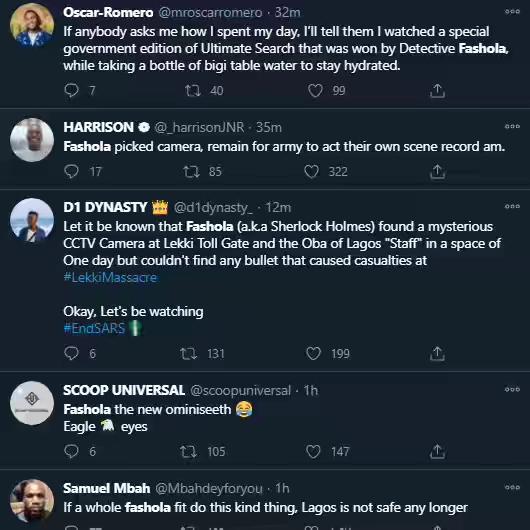 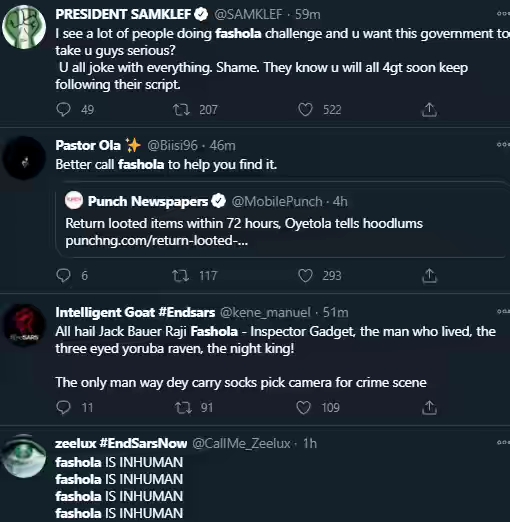 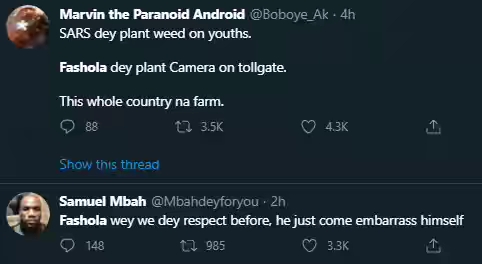 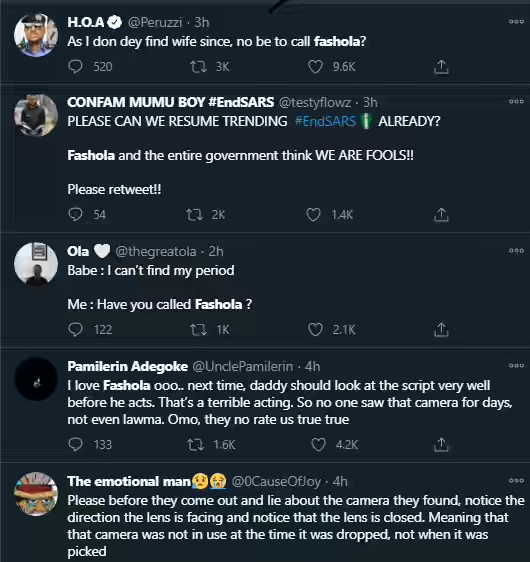 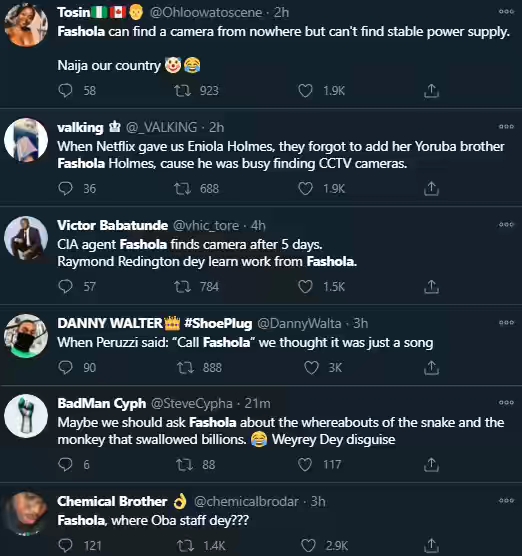