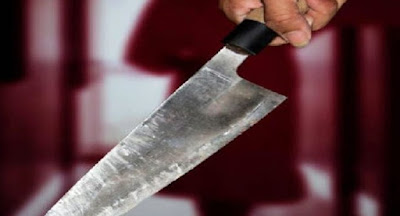 An elderly man, 64, has been arrested after allegedly stabbing to death his older brother, 78, following a quarrel over a parcel of land.

Eyewitnesses claimed that Geoffrey Khayega Mayungu stabbed his brother, James Tembete Khayega, after they squabbled over a piece of land left behind by their departed brother.

Their neighbours said that the younger man did not want to share the land with his elder brother after their kin died leaving no children behind.

The incident occurred at Kaptech in Hamisi, Vihiga County, Kenya.

The body of the deceased was moved to a mortuary in Kaimosi while the murder suspect was taken to Serem Police Station awaiting arraignment.