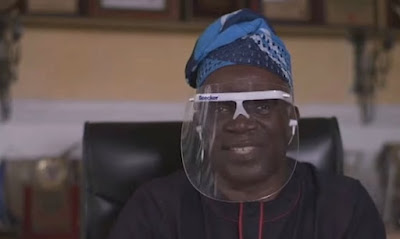 Mr Femi Falana, a human Rights Lawyer and Senior Advocate of Nigeria, SAN, Monday said a group he oversees has identified the barracks where officers of the military who shot protesters at the Lekki Toll Gate, came from. Based on the investigation gathered so far, ASCAB has facts that shots were actually fired at the tollgate and people died from those shots.

“the President was likely to have been told, soldiers were ordered so I want to believe that’s why it was not addressed and they said it was a rumour but I think the facts are emerging now, that indeed soldiers went to Lekki, indeed they fired at protesters and indeed some of the protesters at least two have been officially acknowledged to have died from gunshot wounds.”

"I have been taking part in protests for 42 years. There was no protest the police wanted to stop that they couldn't stop with the use of teargas. Many of our police commands don't have a canister of teargas. No rubber bullets, no water cannon.”- Femi Falana (SAN) on #ARISENews pic.twitter.com/uPbqejdugk