Man, 70 Chops Off His Genitals After Being Accused Of Cheating 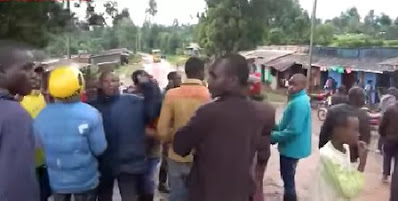 A small-scale tea farmer in Kericho County, Kenya has been admitted to hospital in critical condition after he reportedly chopped off his private parts in a fit of rage.

The 70-year-old man from Getarwet Sub-Location in Bureti constituency was rushed to Litein Mission Hospital after he inflicted the injury on himself following a domestic quarrel over alleged infidelity.

Cheating, as marriage counsellors point out, is an offence that many couples don’t easily forget. However, the worst feeling is being falsely accused.

According to Sylvester Sigei, the Getarwet Sub-County assistant chief, the man used a kitchen knife on himself after being accused of cheating.


He was accused of “satisfying other village women, especially widows, while neglecting his own”.

Sigei said: “When the man’s wife and children confronted him for allegedly wasting his limited tea earnings on village women, he denied the allegation and for good measure chopped off his manhood.”

The man, Sigei said, has four acres under tea. His family says that they have never enjoyed the tea bonus paid by the Kenya Tea Development Agency (KTDA) despite working on the farm.

“Among the accusations levelled at the man is that he has used his tea bonus to construct a permanent house for a widow he intends to inherit yet his family does not have a good house.”

Neighbours, who rushed to the scene on hearing commotion, found the man lying in a pool of his own blood.