How A Priest Rose To Become A President In Seychelles 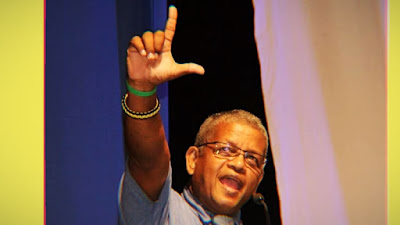 There was only the merest hint of triumphalism in President Wavel Ramkalawan's acceptance speech as he addressed an audience of invited dignitaries assembled in the manicured grounds of State House.

His election marks a seismic change for the islands, where the presidency has been dominated by one party since 1977.

In front of the grand Victorian colonial mansion and accompanied by a military guard of honour, the 58-year-old was sworn in by the chief justice on Monday.

The new president is an ordained Anglican minister, and not surprisingly his overall message was one of peace, tolerance and an appeal for all Seychellois to work together for national unity, and to overcome the divisions of so many years of political wrangling. 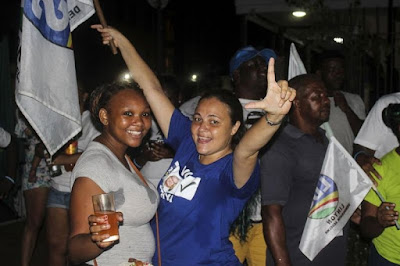 Thanking outgoing President Danny Faure for keeping political dialogue open over the past few years, Mr Ramkalawan stressed the need for tolerance among the Seychellois people and appealed for what he called a return to civility, to a society where everyone says good morning to one another and where racial and social differences are put aside.

"Seychelles," said the new president, "should be an example of tolerance for the whole world. We are 115 small islands in the Indian Ocean, but we are not insular.

"We will maintain friendly relations with all nations, and welcome help and assistance from our international allies whomsoever they may be."

Behind the Christian sentiments expressed by the new president there is also political steel.

This was his sixth attempt at the presidency, a journey that began when he first contested the role in 1998.

He had entered politics several years earlier, and was criticised by the government for making what they saw as political statements from the pulpit during the one-party state era.

He had come tantalising close to winning the presidency several times, and in 2015 lost to James Michel by only 193 votes in a second round of voting.

Referring to the years in opposition, and his five previous defeats in presidential elections Mr Ramkalawan quoted Nelson Mandela: "A winner is a dreamer who never gives up."