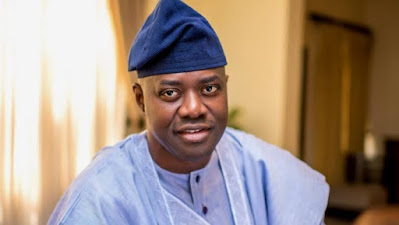 Barely nine days after opening a platform for people across the state to report incidence of police violation and brutality, Oyo State Governor Seyi Makinde said no fewer than 46 people have lodged complaints.

Encouraging others to follow suit, he said the complaints would serve as materials for the Judicial Panel of Inquiry to be set up latest by next week to work with.

Makinde spoke on Tuesday during a meeting with representatives of EndSARS protesters, artisans, commercial cab and motorcyclist operators and youths across the state.

The meeting, held at the House of Chiefs, Oyo State Secretariat, Agodi, Ibadan was a follow up to an earlier meeting held on Monday with traditional rulers, council bosses, security heads, community leaders, religious leaders among others.

The governor, who said the police would return to the state to maintain law and order, added that he had approved the immediate recruitment of 1,500 personnel for the Amotekun Security Corps.

He said the 351 political wards of the state would have Amotekun personnel, noting that they (Amotekun) would work hand-in-hand with the police, but they would be accountable and responsible to him.