Armed Thugs Tried To Burn Down My House, But For Community Efforts - Dino Melaye 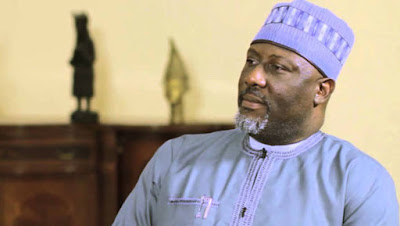 Ex-lawmaker, Dino Melaye while showing gratitude to God for life has narrated how armed thugs were prevented from razing his house.

The politician who represented Kogi West in the 8th National Assembly said on Tuesday that communal efforts stopped the hoodlums from attacking his house in Aiyetoro Gbede.

According to Melaye, the thugs were sighted at Obajana junction in 15 buses and armed with weapons.

Melaye thanked Okun youths and women and security agencies for their prompt actions.

He said majority of the people in the town, especially the youths, relocated to his house to prevent the thugs from perpetrating any evil action.

In his words, “My people moved into my house the moment they heard of the evil plans of the thugs to safeguard the place.

“The thugs had to turn back when they probably heard that my people were battle-ready for them.”

Melaye in a tweet he shared earlier, had alerted Nigerians that some thugs were on their way to his house in Aiyetoro Gbede to destroy it.

In the tweet, Melaye had alleged that a top politician sent the thugs to destroy his house.

He wrote, “Loaded thugs left Government House, Lokoja, now on their way to my house in Aiyetoro Gbede. Their mission is to destroy the house.”

Community efforts stop hoodlums from attacking my house in Aiyetoro Gbede. I thank Okun Youths and Women. Security Agencies did well too. Above all I thank God Almighty. SDM pic.twitter.com/6W7TiXjC0G