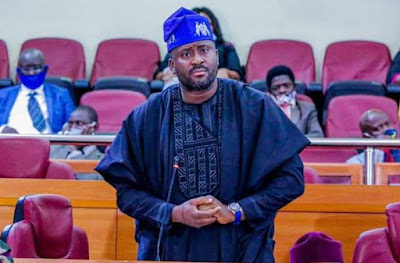 Nigerians have fished out a video where Desmond Elliot admitted social media helped him in winning his election.
The video was from 2015, shortly after his victory. The reporter had asked him if he would still have time for his people on social media platforms, and he admitted saying absolutely, they gave him power, they helped him win, so he has to be active on social media to give them feedback.
Recall the lawmaker was dragged back and forth yesterday, twice in one week sef, for allegedly saying social media platforms have its own negative impact to the society, then coming out again to call Nigerian youths CHILDREN.
Watch the video of the lawmaker happily endorsing social media, a platform he now wants ''regulated''.
Watch the video below …