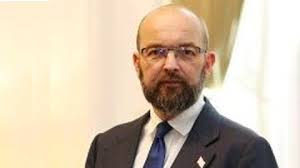 The British Government has said it trained and equipped operatives of the disbanded Special Anti-Robbery Squad of the Nigeria Police Force between 2016 and March 2020.

UK Minister for Africa, James Duddridge, made this known in a letter to a member of the British Parliament, Kate Osamor.

The lawmaker had earlier written the UK government over financial and training supports extended to ex-SARS officers.

Osamor, who represents Edmonton, and who is the Chair of the All-Party Parliamentary Group on Nigeria, had stated that ex-SARS operatives were involved in no fewer than 82 cases of torture, ill-treatment and extra-judicial killings since January 2017. 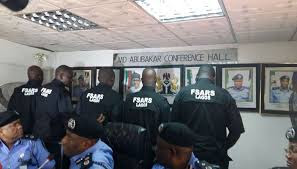 Responding to Osamor’s letter, Duddridge in a letter on Thursday, said the British Government, through its Conflict, Stability and Security Fund trained ex-SARS operatives and supplied some equipment to them.

Duddridge’s letter partly read, “Following my letter, officials have conducted a deep dive and reviewed our recent CSSF programmatic support to determine whether any of our programmes worked with FSARS.

“Following the review and in the interest of full transparency, I want to share the following information with you;

“Secondly, through our support to the North East Public Safety and Security Programme (part of which is delivered jointly with USAID), radio equipment was issued to Borno Police Command by our implementing partner (Creative Associates) to increase coordination between police units working to improve local security and to counter violent extremist organisations. Borno Police Command distributed two handheld radios and a vehicle-mounted radio to FSARS Unit.

“These were returned and redistributed to other police units in Borno when FSARS was disbanded on 11 October.”

The minister said the British Government was working with the Nigerian Foreign Affairs Ministry and other concerned authorities to support the Federal Government’s efforts to end police brutality and extrajudicial killings.

Duddridge also welcomed the Judicial Panels of Inquiry investigating human rights abuses by security agents in Nigeria including the shootings of #EndSARS protesters at the Lekki toll gate in Lagos State.