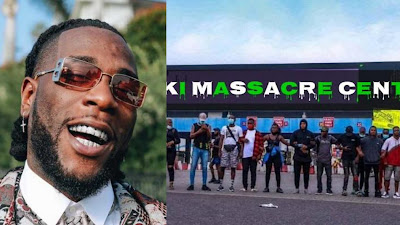 This got us teary! Nigerian Afrobeat singer Burna Boy has released a new single titled 20 10 20 in loving memory of victims of the Lekki shooting.
Though the Government says only two people died from the incident, they have also admitted soldiers were actually at the scene.
Several videos also showed soldiers opening fire at unarmed protesters as they sang the National Anthem, Amnesty International has also put the death at 12.
So many were also injured in the process with many hospitalised with gun shot wounds.
Burna Boy has now dedicated a track for them, saying they will never be forgotten.
Too touching! Blood of their hands! Blood on their hands!!!!!!!!!