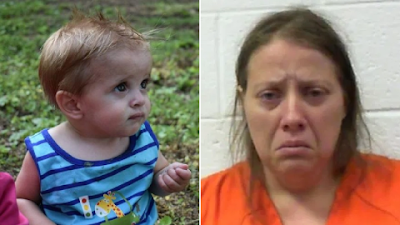 A mother was too busy meeting strangers from the internet for sex to stop her boyfriend abusing her two year-old son to death.

Candice Jones, 32, was condemned for priorities as she was sentenced to up to 15 years in jail over the August 2018 death of JoJo Gaborsky III in Princeton, West Virginia.

Speaking last Monday, Jojo’s step-grandman Angela Hart told Jones: ‘I begged you to please stop trying to hook up with men on the internet and Facebook for s3x. You were more worried about having s3x than taking care of (your daughter) and Little Joe.

‘I hope you get the maximum time allowed for this and I hope some day you realize that Little Joe’s death could have been prevented if you would have stopped worrying about having s3x or getting with every guy you met online.’


Jones’ boyfriend John Powers, 47, body-slammed JoJo into a bathtub, inflicted a third-degree burn on the toddler’s arm, broke several of the child’s bones and injured him so badly he suffered retinal hemorrhages as well as brain bleeds. 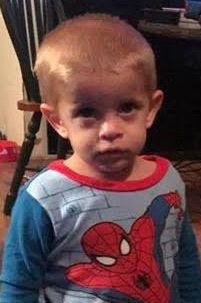 JoJo wasn’t taken to hospital until two weeks after Powers battered him, and died shortly afterwards.

His tiny body had been so badly damaged by Powers’ attacks that loved ones had to partially cover his corpse with a hoodie at his funeral.

Addressing Powers, Hart said: ‘We even had to have a hoodie over the top of his head at his service due to the beating you gave him. ‘We have even seen pictures of the aftermath of you beating him so bad that he had bruises all over his body, head, neck, chest, butt, penis, legs and his big toe.’

‘You deserve to die in prison. I really wish you would see the death penalty…’

Powers struck a plea deal earlier this month, which saw him admit death of a child by a parent or guardian, with a sentence of 15 years to life.

He previously served 13 months behind bars for battering a two year-old child in 1995.

Jones’ own father David Hart condemned her for ignoring JoJo’s screams and cries as Powers pummeled him.

Hart said: ‘I love you with all my heart and soul. That will never change…I’ve been spending lots of time trying to figure our how you got so cold-hearted. 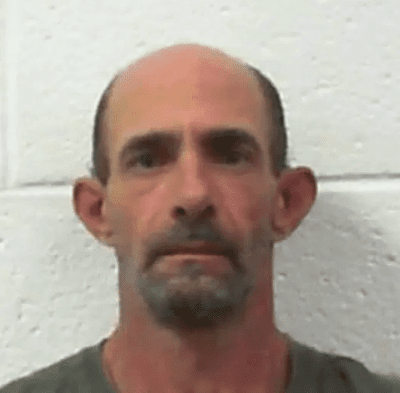 ‘You had to hear the screaming and crying and begging for help, yet you chose to do nothing.’

Media that Jones’ older sister Wanda Mann also hit out at her sibling, saying: ‘I’m here to tell you you’re not a good mom, you are the worst of moms, you’re a child’s worst nightmare

‘To sit there while your child…was crying for help, and you did nothing. I hope this haunts you every time you close your eyes.’

Mann warned that Jones would look for another man online, and fall pregnant again when she is released from prison.

Jones struck a plea deal which saw her admit child neglect resulting in death, and will spend between three and 15 years behind bars.

Both she and Powers will have to register as s3x offenders when they are freed from prison.