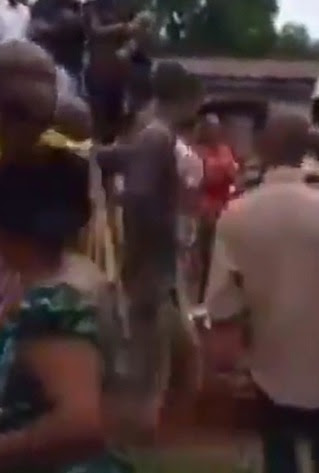 A massive stir was caused on social media after the people in Umuoji, Amucha, Imo state, exhumed the corpse of a dead body and found out that he was still “breathing” and his body had not decayed.

A bystander could be heard saying the man died on November 20, 2019, and was buried on 8 October, 2020. Another onlooker was heard saying “He’s breathing, he’s breathing,” as they opened the casket of the dead man and found out that he was still fresh and had not decayed.

The video which popped up online has received some mixed reactions from netizens as some people have called it a hoax.