President Goodluck Ebele Jonathan is not

winning the war against Boko Haram. An

indication of his fears were confirmed with

his recent visit to his kids earlier relocated

from the British International School, Lekki,

the President announced he was going to the

United Kingdom without details on his

Close sources hinted his recent visit to the

United Kingdom was to see his children who

he might not see in the next few months of

the electioneering campaign. On his visits

were some of his close relations to ensure a 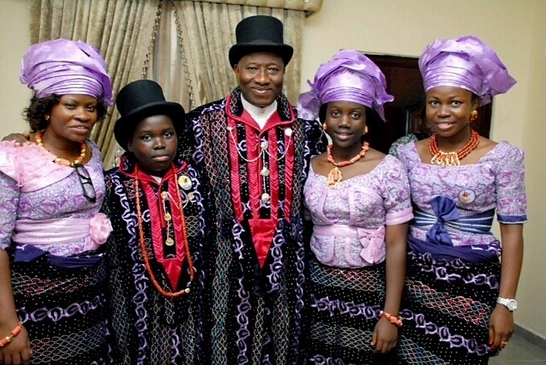 Prior to the relocation of the children from the

British School, his aides had bought a

befitting house in upscale London to

accommodate the family and their aides,

were on their trails. Observers believed the

move by the President preclude the notion

that Nigeria is safe and confirms the fears in

some quarters that a wholistic approach is

being applied to tame insurgency.

If that be the case where lies our hope and

confidence that Nigeria is winning the war

against Boko Haram Nigeria. Why should a

Nigerian soldier put his life on the line when

the President has relocated his own

immediate family? Who wants to be a

sacrificial lamb? These and more probing

questions are on the lips of Nigerians who

expressed dismay at the development.

As at today, there is no statement credited to

the Presidency or his aides on his mission to