Mel B Requests More Cash In Child Support From Ex, Eddie Murphy With Whom She Shares A Daughter 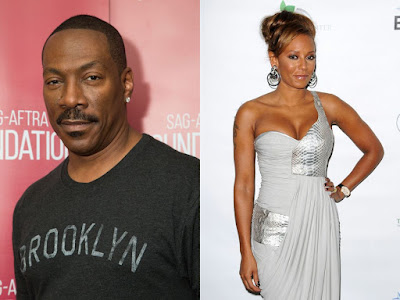 Mel B has reportedly asked her ex Eddie Murphy to contribute more child support for their 13-year-old daughter, Angel.

The Spice Girl has seen her earnings "dramatically reduced" after she was hit hard financially this year due to the coronavirus pandemic.

The former X Factor judge had hit it big in 2019 as the Spice Girls' reunion tour had proved to be very lucrative but this year has been the complete opposite with much live entertainment postponed due to the spread of Covid-19.

It has now been reported that 45-year-old Mel has turned to Eddie for an increase in the £21,000-per-month support that he currently pays as she looks to maintain Angel's lifestyle.


Mel and Eddie had met in 2006 after he had divorced Nicole Mitchell.

The singer fell pregnant at the beginning of their relationship and Eddie refused to believe that the unborn child was his until a paternity test had been done.

When asked about the pregnancy in December 2006, he said: "I don't know whose child that is until it comes out and has a blood test. You shouldn't jump to conclusions, sir."

The dad-of-ten has now been asked to reveal all about his income in new legal papers filed by Mel, as well as a request to pay her legal costs.

In 2009, the pair had agreed that Mel would have sole custody of Angel and Eddie was ordered to pay every month along with extra for health insurance and education costs.

The Sun reports that the new court documents sees Mel claim she has made "numerous efforts to resolve this case without court intervention without any ­success."

She has now requested a new hearing in January.

Explaining the request, Mel's lawyers said: "Eddie and Melanie have both established careers in the entertainment industry.

"Unfortunately, Melanie’s income has dramatically reduced, such that she must consider modifying child support for the first time.”

It had previously been shown that the Spice Girls made around £3.2 million each from their successful reunion, as they played a number of stadium shows during 2019.

Mel and Eddie are thought to be on amicable terms at the moment and she has moved from the United States back to her native Leeds.

Mel is now living with her mum Andrea and is planning to rebuild her career again after a difficult year.