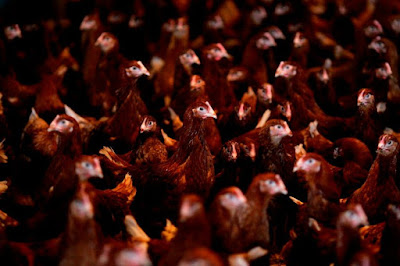 Thousands of chickens are set to be slaughtered after a bird flu outbreak was confirmed at a commercial farm in the northwest of England.

A 3km prevention zone has been set up after the virus was identified at a site in Helsby, near Frodsham in Cheshire - with around 13,500 birds to be culled.

After a positive case came to light on Monday, testing confirmed a highly pathogenic strain of the avian flu related to a strain currently making its way through Europe.

It is unconnected to Covid-19 and public health officials have emphasised the risk to the public is "very low", reports the Liverpool Echo.

All premises with poultry and/or captive birds will be kept isolated, outside of the prevention zone, to prevent contact with wild birds.

The movement of birds, mammals and other things, such as carcasses, eggs, used poultry litter and manure, on or off premises where poultry is present and out of the zones are banned except under licence.

Around 13,500 birds at the farm will be humanely culled to limit the spread of the disease.