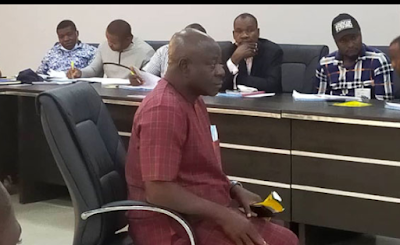 Edo Judicial Panel of Inquiry commenced sitting on Thursday in Edo State with the first petitioner demanding whereabouts of his son who has gone ‘missing’ since 2011 when he allegedly was taken into police custody.

The Petitioner, Isaac Edoh told the panel that his son was a student of English and Literature at Uthman Dan Fodio University when he was arrested.

He claimed that he saw the son in police custody after he was invited there but the police later said his son was not in their custody, mentioning a different name as the suspect in their custody.


The Petitioner said he took the matter to the High Court and he tendered video evidence showing parade of suspects as covered by Channels Television. He said he was able to identify his son in the video.

According to him, the police later claimed that the son was killed by armed robbers while on their way to Auchi for further investigation.

However, the police is said to have appealed the judgment at the Court of Appeal where the court ruled that the issue of identity was not determined at the High Court.

The Court of Appeal thereafter ordered a retrial of the case by a different judge.

Edoh told the judicial panel that he was discouraged by the Court of Appeal’s ruling and did not pursue the matter further until this panel was set up.

The Judgement of the Court of Appeal was not attached to the Petition. However, the Panel accepted that it be tendered before it.

Edoh is asking the panel to investigate and find out the whereabouts of his son since 2011.

He demands compensation or sanction for the persons responsible.

The panel, therefore, set November 19 as the next date to hear the petition and to hear from the other side in the case.