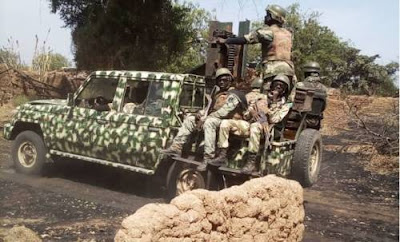 The soldiers were travelling in a convoy when the lead vehicle struck the land mine.

According to the news agency, information about the attack filtered in late, as the Islamic State in West Africa had destroyed communication infrastructure around areas it seized control of.

AFP, however, noted that the trucks were heading to a place called Malam Fatori, where the Nigerian and Nigerien army has been battling the guerrilla fighters.

"We lost nine soldiers in the incident," the first source said.

"The mine was planted by ISWAP terrorists who operate in the area and against whom soldiers are fighting," the second source said.