I Ended Up In The Hospital After Sleeping With Shatta Wale – Ex Girlfriend, Michy 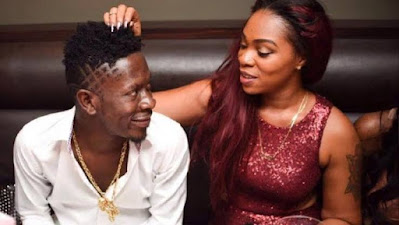 Orisirisi... Shatta Wale and his ex-girlfriend have left us shcoked after they revealed t=intimacy they used to share, lmao..
So Shatta Wale was being interviewed at Accra-based 3FM and made a shocking revealtion about his s.e.x life.
When doubted about the claims, he asked them to call his ex-girlfriend, Michy and baby girl confirmed it, lol. She said they had s.e.x one time like that and she broke her legs.
“Shatta is a good guy. He can be very annoying but he is generally a sweet guy and when he wants to be romantic, he is very romantic.”

She also mentioned how he tried to sleep with her in a silly position and almost broke her legs. She said they ended up in the hospital after that.