US Upcoming Rapper, King Von Shot Dead Outside A Lounge 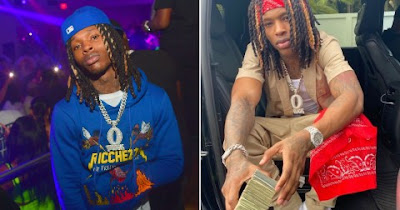 Emerging Chicago rapper King Von has been identified as one of three people shot and killed in Atlanta yesterday.

The Atlanta Police Department said, during an altercation that involved both on- and off-duty police officers who were attempting to break up a fight.

King Von, born Dayvon Bennett, 26, was among two groups of men who began arguing outside of the Monaco Hookah Lounge, near downtown, around 3:20 a.m., leading to gunfire, the authorities said in a statement later on Friday.

Two off-duty Atlanta police officers were working security at the establishment, and an on-duty officer was patrolling nearby, they said. Two of the officers confronted the shooters, leading to additional shots fired.