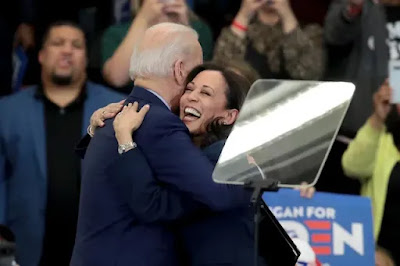 The anxious waiting is over: Joe Biden has been elected the 46th President of the United States, the CNN and AP reported.

The 77 year-old Democratic candidate won the decisive battleground state of Pennsylvania on Saturday.

He thus clinched 273 electoral college votes, three more than he needed to win the presidency.

He is the oldest American to be elected President.


Making history with him is his running mate, Senator Kamala Harris, an African Asian American, who has become the first woman of colour to be elected as vice-president.

In defeating President Donald Trump, the fourth candidate to defeat an incumbent, Biden is positioning himself to lead a nation gripped by historic pandemic and a confluence of economic and social turmoil.

As AP reported, Biden staked his candidacy less on any distinctive political ideology than on galvanizing a broad coalition of voters around the notion that Trump posed an existential threat to American democracy.

The strategy proved effective, resulting in pivotal victories in Michigan and Wisconsin as well as Pennsylvania, onetime Democratic bastions that had flipped to Trump in 2016.

Biden, who has received more than a record 74 million votes, the most in history, had previously declared: 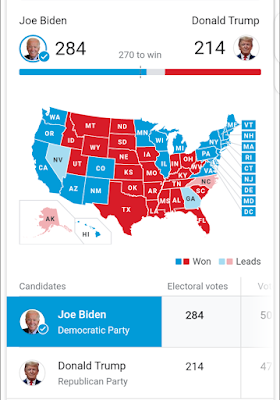 “I will govern as an American president. There will be no red states and blue states when we win. Just the United States of America.”

It was a stark contrast to Trump, who up till Saturday was still trying to discredit the US democracy, by alleging vote counting fraud.