You Stood Up For Me, I’ll Have Your Back, Biden Assures African-Americans 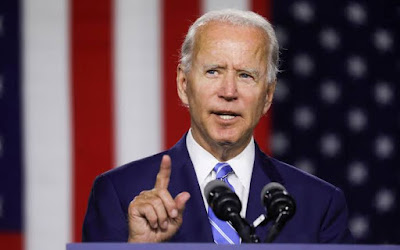 He said this in his victory speech on Sunday (Nigerian time).

Biden appreciated the voters for backing him in major cities.


“And especially for those moments when this campaign was at its lowest — the African American community stood up again for me. They always have my back, and I’ll have yours,” he said.

When assuring his support for African-Americans, he repeatedly slammed his fist on the podium and the crowd erupted in cheers.

According to Africa Business Insider, black voters, particularly in key cities such as Atlanta, Detroit, Milwaukee, and Philadelphia, were a critical factor in Biden’s success.

Exit polls revealed that 87 per cent of Black voters backed Biden compared to just 12 per cent for President Donald Trump, though they also indicated that Trump had improved his standing among Black voters compared to 2016.

Biden of the Democratic Party won Tuesday’s presidential election to become the 46th elected President of the United States.

Especially for those moments when this campaign was at its lowest — the African American community stood up again for me. They always have my back, and I’ll have yours.