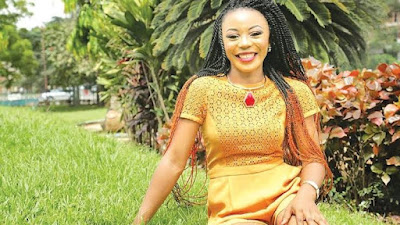 Due to her past unpleasant relationship experiences, Big Brother Naija star, Ifu Ennada has stated that she may be cursed when it comes to men.

The reality TV star and entrepreneur, in a series of Instagram stories tagged “Me and Useless Men”, lamented about how unlucky she has been in relationships.

She recounted an experience with a man she almost dated back in 2018. According to her, she found out he was struggling to pay a debt of N150k when she paid him a visit.

Ifu Ennada revealed she gave the man N200k to pay what he owes and buy food for himself, as he was starving and suffering while giving people the impression that he lived well.


“I think I’m cursed when it comes to men… A lot of people might not believe this, but I never ask men for money”, she began.

“When I’m in a relationship I give to the man instead and help build him. I remember one fool I almost dated in 2018, I went to see him, saw that he had gotten into a 150k debt while trying to impress and I gave him 200k to settle the debt and buy some food for himself. Dude was literally starving and people didn’t know because he was living on past glory, so people didn’t know he was suffering.”

According to her, one of her ex-lovers resurfaced in her life, hence the posts. “Writing this, I’m just thinking of all the men I’ve been involved with in the past. There’s none of them I didn’t add value to, even the one with an Influential father- the Idiot knows himself. Maybe, I’m like Paul who isn’t destined to be married.

I’m not heartbroken o, ah! As a matter of fact, I’m glad to be ending the year single even though I started it in a relationship. I’m just expressing myself because an Idiot I had forgotten suddenly resurfaced in my life a few days ago and just reminded me of how much of an ingrate he and other men in my life were to me.”

Continuing she wrote “PS: No, I don’t have a character problem, I’m legit the sweetest girl you’ll ever know as a friend of Lover.

I just somehow attract Grade A Douchebags. I’m going to be 30 in 2yrs and I know my mother is getting ready to present me with “where is the husband talk” Someone should better tell my mother I have other plans.

Let me just make this money first and have sustainable streams of income. I will live my life to the fullest and on my own terms without making men have any significant bearing in my life”, she declared.