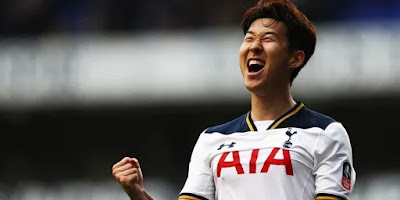 Tottenham Hotspur forward Son Heung-min has been named Premier League Player of the Month for October.

He also got two assists.

These included a brace in the 6-1 thrashing of Manchester United at Old Trafford at the start of the month.

The 28-year-old also scored the winning goal against Burnley and had a direct hand in two goals in the 3-3 London derby draw against West Ham.

It was the third time that Son had won the Premier League’s monthly award.

No Spurs player had won since Lucas Moura in August 2018.

After a slow debut year in 2016, Son has been a key Spurs player ever since.

He has already scored double figures in all competitions in 2020/21 for the fifth season running.