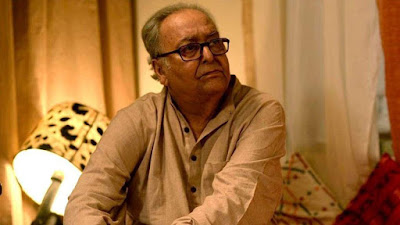 Born in 1935, the star of Bengali cinema passed away on Sunday.

Xinhua reports that he died at a hospital in Kolkata, the capital city of West Bengal.

Chatterjee was undergoing treatment for COVID-19 and other complications.

He had tested positive for coronavirus on October 6.

“We declare with a heavy heart that Soumitra Chattopadhyay (Chatterjee) breathed his last at 12:15 local time at Belle Vue Clinic today. We pay our homage to his soul,’’ an official statement read.

It added that in the last few days, Chatterjee’s condition deteriorated and he was on a ventilator.

The deceased was best known for his collaborations with Oscar-winning film director Satyajit Ray.

The duo worked on 14 films including in The World of Apu, Sonar Kella and Joi Baba Felunath.

President of India, Ram Nath Kovind said the country’s cinema has lost one of its legends.

He noted that Chatterjee will be remembered for the ‘Apu’ trilogy and other memorable performances.

“He made immense contribution to the craft of acting”, Kovind tweeted.