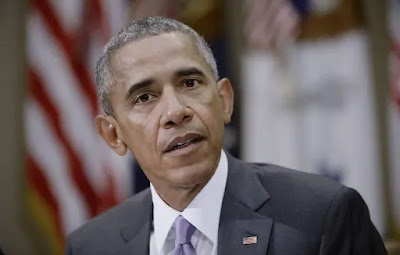 He gave the counsel in his interview with CBS News programme, 60 Minutes.

He stressed that a President is a public servant and a temporary occupant of the office.

“My advice to President Trump is, if you want at this late stage in the game to be remembered as somebody who put country first, it’s time for you to do the same thing,” Obama said.

Trump is not backing down on his position that Biden did not win the November 3 election.

On Monday, Trump accused the media of presuming that his challenger would become the United States President.

But results from states showed that Biden won 290 electoral votes to Trump’s 232.

The former Vice President and the Democrats are furious about the General Services Administration’s (GSA) non-recognition.

The agency must formally acknowledge election winners before they can commence transition tasks.

Trump said the media is giving his camp little coverage and focusing on Biden.

“Why does the Fake News Media continuously assume that Joe Biden will ascend to the Presidency, not even allowing our side to show, which we are just getting ready to do, how badly shattered and violated our great Constitution has been in the 2020 Election.”

The American leader declared that the poll was attacked “perhaps like never before”.

Trump further pointed out alleged irregularities that were perpetrated by the opposition and their supporters.

He listed “large numbers of Poll Watchers thrown out of vote counting rooms in many States; millions of ballots altered by Democrats; voting after the Election was over; using Radical Left owned Dominion Voting Systems turned down by Texas and many others because it was not secure”.

Trump claimed that those responsible for safeguarding the U.S. Constitution should not allow the “fake results of the 2020 Mail-In Election to stand”.