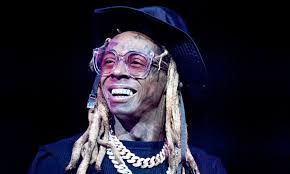 American rapper Lil Wayne has been charged with possession of firearms, a charge arising from a late December 2019 plane search in Florida.

According to TMZ, the U.S. Attorney for the Southern District of Florida has charged Weezy with one count of possession of a firearm and ammunition by a convicted felon

If convicted, the sentence could be as high as 10 years.

A court appearance is slated for December.


In 2009, Weezy, whose real name is Dwayne Michael Carter Jr, whose served eight months in jail on a similar charge.

Weezy’s attorney Howard Srebnick explained on Tuesday that his client has been charged for “possessing a gold-plated handgun” in his luggage while travelling on the plane.

Srebnick also highlighted the fact that there is “no allegation that he is a dangerous person.”

Wayne was not the owner of the private plane.