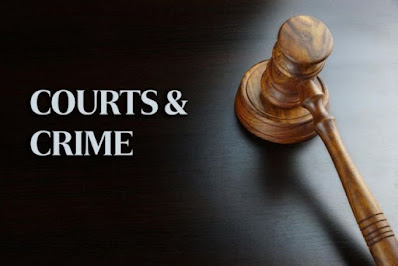 An Ikeja Chief Magistrate’s Court has struck out a case of abuse and assault against a fashion designer, Mrs Bisi Olukayode.

Punch Metro in March 2018 reported that a 14-year-old Togolese, Anjuah Sunday, was employed by the Olukayodes to work as a maid at their house on Lekki Gardens Estate Phase 3.

The victim, who arrived in Lagos with her grandmother, was reportedly handed over to the family by an agent.

The victim was, however, allegedly tortured by the mistress with sticks, wires and canes, which led to injuries in different parts of her body.

Some residents alerted officials of the Lagos State Office of the Public Defender after the teenager was allegedly locked up in a toilet over an offence.

The fashion designer was then picked up by the police, while the maid was rescued by the OPD.

The case was transferred to the Gender Unit of the Lagos State Police Command, Ikeja, from where Bisi was arraigned at the Ikeja Magistrate’s Court.

However, a certified true copy of the final court proceding obtained by PUNCH Metro and dated March 4, 2019, said the case was struck out after the defence lawyer, I.A. Adalu, applied that it should be discontinued, citing the absence of the complainant in court.

The magistrate observed that the record of proceedings confirmed the lawyer’s submission “with regard to the absence of the witnesses for the prosecution.”

“The charge against the defendant is struck out for indolent prosecution,” the court added.

The police prosecutor, Inspector Christopher John, was also in court.