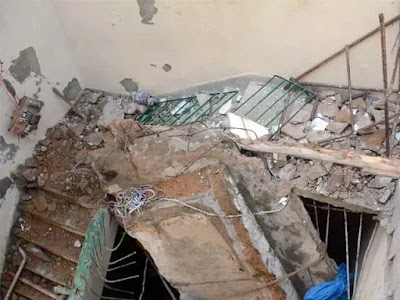 According to the reports, the roof collapsed at the wedding ceremony in Pewar area of Parachinar Region of Kurram, a tribal district in the country’s northwest Khyber Pakhtunkhwa province.

The deceased include six women and two children.

Local people and rescuers pulled out the bodies and the injured from the rubbles and took them to the District Headquarter Hospital of Parachinar.


A hospital official told the media that several people suffered serious injuries and they were under treatment.

The official added that the majority of the wounded people were women and children who were inside two different rooms when the roof collapsed.