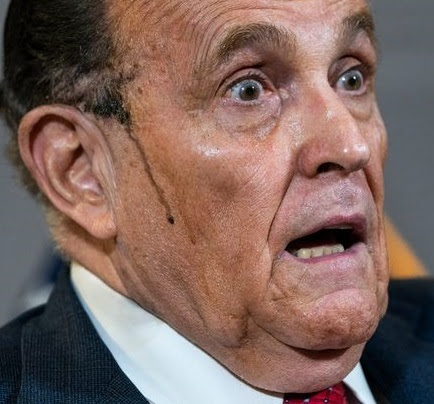 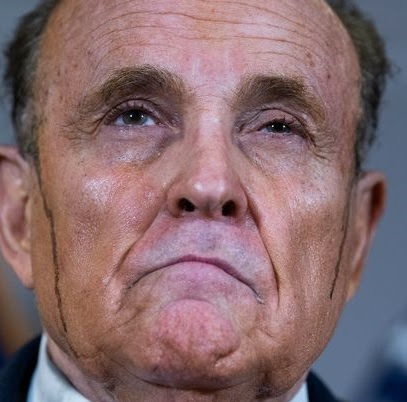 Rudy Giuliani was mocked for his 'dripping hair dye' on an apparently accidentally open microphone during a live stream of a press conference on boss Donald Trump's own YouTube channel.

Giuliani, the star of Borat 2 and Trump's personal lawyer, who was previously seen giving a press conference at Four Seasons Total Landscaping in Philadelphia, was apparently quite hot as he attempted to undermine democracy on live television."

As he spoke in Washington DC, he appeared to slowly melt.

And after a while, the dripping took on a dark grey tinge.

Oh yeah, and he alleged a vast, certainly communist, possibly Semitic conspiracy to steal the election from Donald Trump, which Joe Biden may or may not have known about.

And he called for millions of legal votes, cast in Detroit, America's largest majority black city, to be tossed out and the state of Michigan called for Trump, who lost it in the election.

Meanwhile, as the press conference was live streamed on President Trump's official channel, voices were heard in the background.

One said: "Can they hear us on the stream? I guess not."

Another voice was heard to say: "You see f***in' Rudy's hair dye dripping down his face?"

For his part, Giuliani did his best for an hour and 45 minutes to convince Americans that the election was rigged, that there was a 'national conspiracy' behind it, and that Venezuela and George Soros were involved in some way.

He provided no evidence for any of his claims.