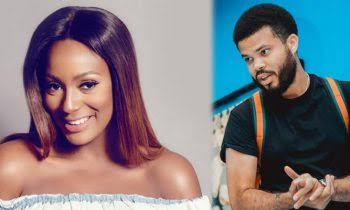 Florence Ifeoluwa Otedola, aka DJ Cuppy has revealed that she messed up her relationship with Asa Asika, Davido’s manager.

In a question and answer session with her fans on Twitter, a fan asked her the name of her ex-boyfriend and why they broke up.

The fast-rising singer tagged Asa’s Twitter handle and revealed she messed it up.

“His name is @AsaAsika and I messed it up” she replied the question. 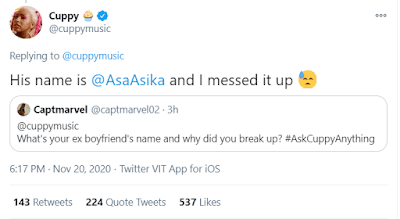