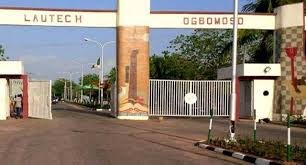 Osun State Government has lost its joint ownership of Ladoke Akintola University of Science and Technology LAUTECH with Oyo State Government as the National Universities Commission, NUC,has given the latter full ownership while it stopped the former

The commission on Friday, said henceforth, Oyo State would have full ownership of the institution which the two states have been maintaining joint ownership.

But on the other hand, the NUC ceded the College of Health Sciences, located in Osogbo to Osun State Government.

Executive Secretary of NUC, Abubakar Rasheed made the announcement in Abuja, where he clarified that the administrative cost and other remuneration cost will be borne by the Oyo State government, while the Osun state government will bear the financial burden of the College of Health Sciences.

Trouble started when Osun state was carved out of the old Oyo State in 1991, making both states joint owners of the institution.

The joint ownership arrangement was characterized by governance and management challenges, a development that affected the appointment of Vice chancellors to run the affairs of the institution.

It was also gathered that there has been issues with irregular payment of staff salaries over the years, as both parties were not taking responsibility.

To this end, the NUC constituted a tripartite committee which commenced its assignment on March 15,2020, with extensive meetings and interactions with the governors of Osun and Oyo as well as other stakeholders.

Rasheed said, “It is gratifying to note that after extensive deliberations, negotiation and consultations, both owner states mutually agreed terms and the joint ownership of LAUTECH was formally dissolved.

” The mutually agreed dissolution was formalized through the signing of a memorandum of agreement by the Executive Governors of Oyo and Osun states, witnessed by the Attorneys-General of both states, giving legal effect to the transfer of ownership of LAUTECH to the government of Oyo State and the College of Health Sciences to the government of Osun state “.

Recall that in an attempt to find lasting solutions to the crisis, the tripartite committee engaged in re-evaluation and updating of the assets and liabilities of the university by relevant professionals from both states, in order to ascertain their current values.

The forensic audit was carried out by Deloitte and Touche, which included the delineation of assets and liabilities.