Tottenham Vs Man City: Guardiola Fires Back At Mourinho Over Raheem Sterling 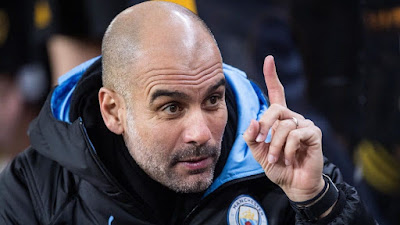 Manchester City boss, Pep Guardiola, has hit back at his Tottenham Hotspur counterpart Jose Mourinho, after he accused him of getting Raheem Sterling withdrawn from England duty under false pretences.

Sterling returned to his The Etihad at the start of the week, after pulling out of international duty with what was described as a “small” injury.

But Mourinho suggested the injury was not genuine and called on Gareth Southgate to expose managers who get their players withdrawn from England duty with bogus problems.

“He has to go to the doctors of the national team and Manchester City. Except maybe Mourinho is a doctor, I don’t know.”