Bandits Kill 5 Worshippers, Kidnap Imam, 40 Others During Prayer In Zamfara 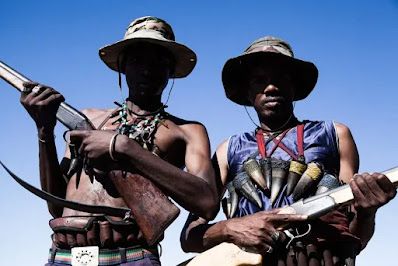 They kidnapped an Imam, Mallam Yahaya, and other 40 worshippers, Daily Nigerian reports.

The incident occurred on Friday during Juma’at prayers at a mosque in Kanoma.

The assailants stormed the religious centre with scores of motorcycles.

Their gunshots caused a stampede and the cleric stopped his session at first Raka’a.

Rakaʿa is prescribed movements and supplications performed by Muslims as part of Salaa prayer.

The Imam and others seized were forcefully transported into the bush.

On Saturday, he and some of the abducted worshippers were released.

Kanoma is a community kidnappers target due to the number of rich sugarcane farmers.