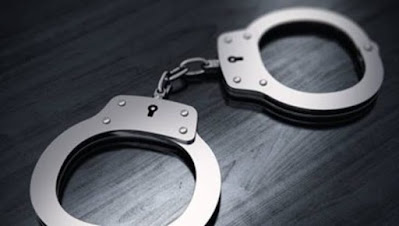 Police in Kakamega Town, Kenya have arrested a 57-year-old man who was on Friday, November 20 allegedly caught s.e.xually abusing six male minors aged 10 years and below.

Salim Imran, a leader of touts in Kakamega Town, was caught inserting his manhood into the mouths of the six boys at his home in Makaburini located on the outskirts of Kakamega central business district.

One of the boys’ parents had gone to look for her child in the suspect’s house, when she allegedly busted Imran sexually abusing the children.

“My son had gone to the suspect’s house to watch television. However, it took him long to return. At the time, dusk had already fallen.

I, therefore, went to the suspect’s house to get my child. I was shocked to find he (Imran) had lined up the boys, and was inserting his manhood into the mouths of the boys in a sequential manner,” said the disappointed parent.

Residents allege that the suspect previously sexually abused other children, including a female minor, whom he allegedly impregnated.

“His wife, who has children with the suspect, couldn’t stomach his sexual appetite for minors. So, she left him,” alleged one of the neighbours.

Residents, who were baying for the suspect’s blood, rushed to his home and attempted to lynch him.

It took the intervention of Kakamega Township assistant chief, Isaac Ayumba, and the sub-county administrator, Thomas Khasatsili, to cool down the irate residents.

Salim Imran was arrested and taken to Kakamega Central Police Station, where he is being held in lawful custody as investigations into allegations lodged against him continue.

It is alleged the suspect threatened the children with death if they dared reveal what he had been doing to them.