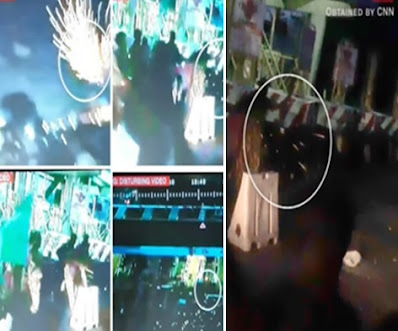 A counsel representing some #EndSARS protesters, Mr Adeyinka Olumide-Fusika (SAN), has said his team is considering tendering an investigative report by the Cable News Network to the Lagos State Judicial Panel of Inquiry probing the alleged killing of #EndSARS protesters by soldiers on the night of October 20 at the Lekki tollgate.

The CNN, in its investigative report titled, ‘How a bloody night of bullets and brutality quashed a young protest movement in Nigeria,’ implicated the Nigerian Army for extrajudicial killing of peaceful protesters.

While the Nigerian Army had consistently maintained that its troops who engaged the #EndSARS protesters only fired blank bullets into the air, the CNN report suggested that live bullets were used and that some of the protesters were indeed killed in the operation.


The Federal Government has condemned the CNN investigative report, but the media house said it stood by its report.

Olumide-Fusika, who is representing some protesters before the probe panel, had said that some of his clients claimed to have suffered gunshot injuries at the tollgate.

Asked on Sunday if he was considering tendering the CNN investigative report to the panel, Olumide-Fusika told Punch correspondent that, “We’re considering it.”

The lawyer had while cross-examining the witness of the Nigerian Army before the panel, Brigadier General Ahmed Taiwo, questioned the decision of the army to tender a report by the British Broadcasting Corporation on the incident to the panel.

“You presented only the BBC report because the report was palatable to you; you didn’t present Aljazeera and Deutsche Welle reports because they were not palatable to you,” Olumide-Fusika told Taiwo, who simply responded, “It was the BBC that we saw.”