Pele Mourns Diego Maradona: ‘I Hope We Can Play In The Sky’ 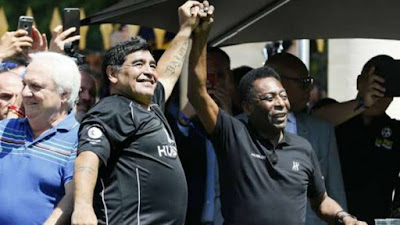 Brazilian football great Pele has mourned his fellow legend Diego Maradona who died at the age of 60 today.

Renowned alongside Pele as one of the greatest footballers of all time, the Argentine World Cup-winning captain died of a heart attack, having undergone brain surgery earlier this month.

“What sad news. I lost a great friend and the world lost a legend. There is still much to be said, but for now, may God give strength to family members.

“One day, I hope we can play football together in the sky,” 80-year-old Pele wrote in Portuguese on Twitter. 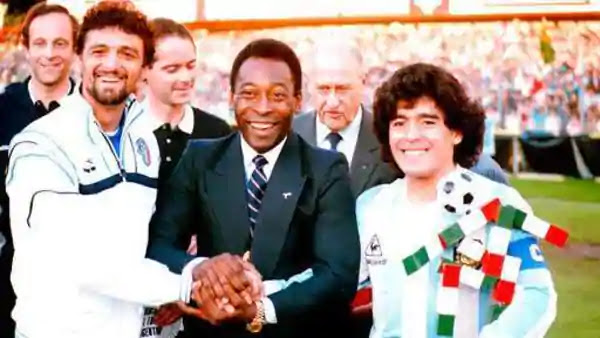 Shortly before the announcement that shocked a nation, Argentine media reported Maradona had suffered a serious health setback on Wednesday and was being treated by doctors at his home north of Buenos Aires.

“There are four ambulances at the door of the residence. They have summoned family members to come. It is serious,” the TyC Sports channel reported.