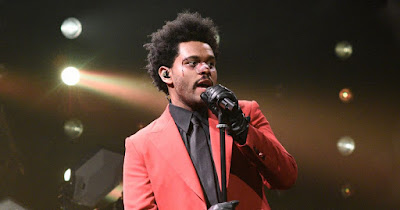 The Weeknd has taken aim at the Grammys and said they "remain corrupt" after the singer wasn't given a single nomination.

The 30-year-old, whose real name is Abel Makkonen Tesfaye, said that the board that decide who is up for Grammy "owe him", in a tweet in response to the nominations being released.

The Weeknd has had a good year with his album After Hours receiving great critical success and hit single Blinding Lights being the biggest selling single of the year so far.

It wasn't enough for him to get a nod from the Grammys and he took to Twitter to share his frustration and hit out at the organisation.


He tweeted: "The Grammys remain corrupt. You owe me, my fans and the industry transparency…"

TMZ has reported that the singer was looking to negotiate a way that he could perform at both the Grammys and next year's Super Bowl half-time show.

While a deal was eventually reached so that he could perform at both events, it is believed that the the fractured negotiations were enough for him to be overlooked for the Grammys.