No Pardon For R.a.p.i.s.t.s In Lagos, Sanwo-Olu Assures 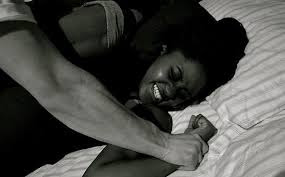 The Lagos State Governor, Babajide Sanwo-Olu, has said no offender indicted in reported cases of r3pe and gender-based violence will go scot-free under his watch.

The governor spoke on Thursday when he received a 54-page compendium on Sexual and Gender-Based Violence compiled by the Stakeholders’ Committee set up by his wife, Dr Ibijoke Sanwo-Olu, to give recommendations on how the fight against the crime can be won.

Sanwo-Olu, who is the incident commander for gender-based violence in Lagos, reiterated his administration’s commitment to protecting the vulnerable demographics and getting justice for victims violated.


The governor said, “I am delighted by the work done by the Stakeholders’ Committee to bring attention to the problems facing voiceless adults and children in our society. Through your efforts, vulnerable people are building the courage to speak out on offences of sexual violence and heal their wounds.

“We will bring people, who have been perpetrating these crimes, knowingly or unknowingly, to book. We will ensure they never walk freely without the full wrath of the law brought upon them. It is part of our responsibility to ensure that the vulnerable members of our society have a voice and have access to where they can get justice when their rights are violated.”

Earlier, Ibijoke had called on the government to step up the response geared towards reducing sexual and gender-based violence to the barest minimum.