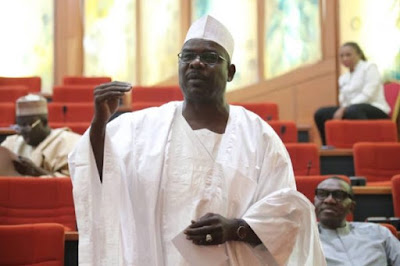 Justice Okon Abang of The Federal High Court in Abuja has granted bail to the Borno South Senator, Ali Ndume.

Ndume has been detained in Kuje prison since Monday following his failure to produce Abdulrasheed Maina, former Chairman, defunct Pension Reformed Task Team (PRTT) who he had stood surety for.

However, Justice Okon Abang in a ruling on Friday granted bail for the senator bail on the basis of his record of good behaviour before the court.

The judge granted bail to the senator pending the hearing and determination of Ndume’s appeal filed at the Court of Appeal to challenge Monday’s order sending him to jail for his inability to produce the fleeing Maina.

He ordered the senator to produce one surety who must be a resident of Abuja and present evidence of ownership of property anywhere in Abuja.

According to the judge, the surety must also depose to an affidavit of means to indicate his readiness to forfeit the bail guaranty should the senator jump bail.

The judge also ordered the senator to deposit his passport with the Chief Registrar of the court.