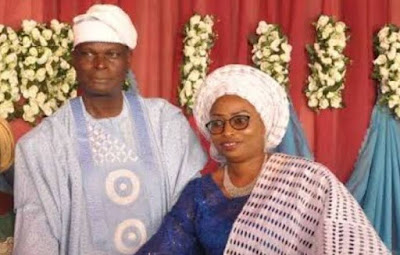 The abducted wife of the Chief of Staff to Ondo State Governor, Chief Olugbenga Ale, on Saturday regained freedom after spending two days in the captives of her abductors.

According to Nigerian Tribune, the woman who was abducted on Thursday night while travelling from Lagos to Akure, was rescued on Saturday morning by men of the Amotekun Corps.

It was gathered that men of the Ondo State Security Network, also known as Amotekun swung into action immediately the kidnap case was reported.

The Amotekun corps collaborated with local hunters and vigilante in the area to trace the perpetrators of the crime and said the synergy yielded result in the early Saturday morning.

A source from Amotekun corps revealed to Tribune that some hoodlums were apprehended in connection with the crime and had been transferred to the state capital, Akure for interrogation.

The source said: “I can confirm to you that the wife of the Chief of Staff has secured her freedom and on her way to Akure. She was released without paying ransom as she was rescued by Amotekun and local hunters.

Commandant of the Amotekun Corps, Chief Adetunji Adeleye who confirmed the release of Mrs. Ale said it is too early to disclose how the wife of Chief of Staff to governor Akeredolu was rescued.