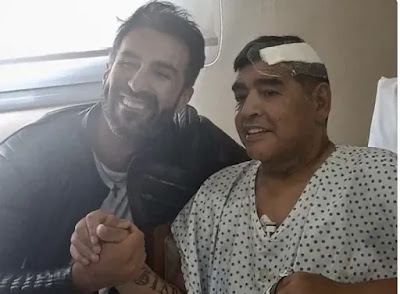 Leopoldo Luque, the doctor who performed brain surgery on football legend, Diego Maradona, is now the subject of a probe.

Police raided Leopoldo Luque’s surgery and home in search of possible evidence pointing to negligence, according to television images and judicial sources, the agency reported.

Maradona who won the World Cup for Argentina in 1986, died on Wednesday.


He was buried on Thursday, after lying-in-state at the Presidential Palace in Buenos Aires.