"I Am Sort Of OK": Formula 1 Star Romain Grosjean Breaks Silence From Hospital Bed After His Car Explodes In Fireball Horror Crash 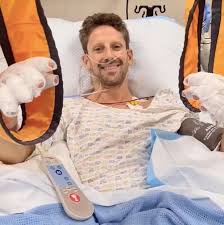 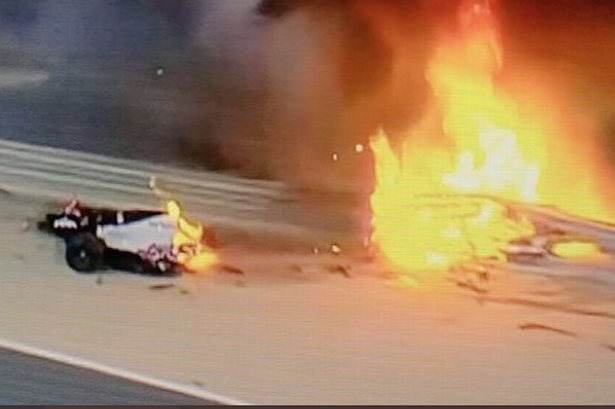 Romain Grosjean has sent a reassuring message to fans saying he is "sort of OK" after he was involved in a terrifying crash during Sunday's Bahrain Grand Prix.

The Frenchman also heaped praise on Formula 1's halo crash-protection system, without which he believes he "wouldn't be able to speak with you today".

Grosjean miraculously emerged from his burning Haas after it smashed into the safety barriers at high speed in the first lap.

The 34-year-old was helped back to the paddock before he was taken to hospital with "light burns on his hands and ankles", according to team principal Gunther Steiner.

It was also reported Grosjean had suffered suspected broken ribs, but the driver was able to post an update on social media from hospital on Sunday evening.

"Hello everyone, I just wanted to say I am OK - well, sort of OK," said a smiling Grosjean on Instagram while pointing to the large bandages on his hands.

"Thank you very much for all the messages.

"I wasn't for the halo some years ago, but I think it's the greatest thing that we've brought to Formula 1, and without it I wouldn't be able to speak with you today.

"So thanks to all the medical staff at the circuit, at the hospital, and hopefully I can write you quite soon some messages and tell you how it's going."

Grosjean accompanied his video with the caption: "Update from the hospital - might not be able to reply to all the messages I got for a while.

"Thank you for all the support and to the FIA and medical crews that took care of me. Hope to see you all soon." 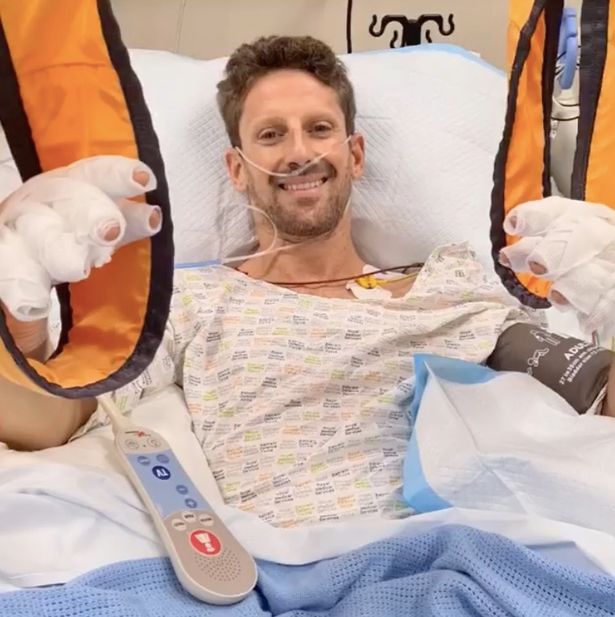 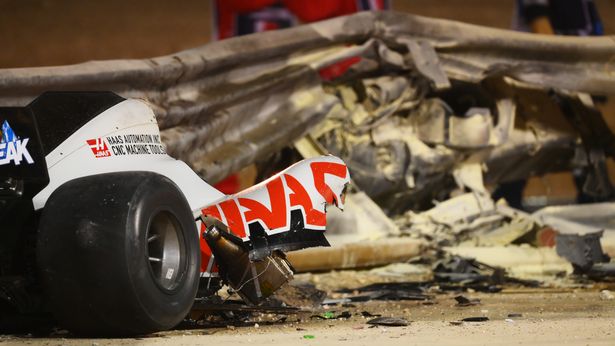