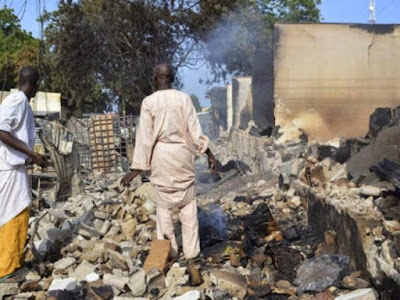 No fewer than eight persons were reportedly killed in a fresh crisis that erupted in the Jema’a Local Government Area of Kaduna State.

The incidents occurred between Saturday and the early hours of Sunday, a government statement said.

Four persons sustained injuries; two children were also said to have gone missing while four houses were razed during the crisis.

The commissioner noted that the state government received the operational feedback from the military under the auspices of Operation Safe Haven, highlighting the unfortunate incidents.

He said, “The Kaduna State Government has received a report of killing and counter-killing in the Jema’a Local Government Area of the state.

“The state government condemns these attacks and the loss of lives and has directed security agencies to investigate and arrest all persons involved in the criminal actions.

“Governor Nasir El-Rufai has also directed the military and police to accelerate investigation and ensure diligent prosecution of those responsible for the killing.

“The military on Saturday, 28th November, 2020, reported to the government that one herder, Isiyaka Saidu of Ungwan Pah village of Jema’a LGA, was killed by unknown persons with deep knives cut on his head.

“The military further informed the Kaduna State Government that in the course of clearance operation in the general area, it found one herder, Abubakar Alhassan, in his hut at Kussom village and was rushed to Kowa Medical Centre, where a medical doctor confirmed him dead.